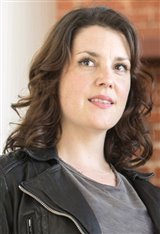 New Zealander Melanie Lynskey was chosen to play the lead in Peter Jackson's Heavenly Creatures (1994), co-starring Kate Winslet, when she was still in high school. When the movie came out, critics applauded her outstanding performance as a shy girl who becomes transformed when she makes friends with an outgoing girl, leading the two to plot to kill her mother when she tries to interfere with their relationship.

Melanie moved to Los Angeles to audition for more films, but she didn't land another job for two years, when she was cast in a small role in The Frighteners (1996). She had to wait another two years for her next job, but this time the wait was worth it. Melanie gained considerable notice playing Drew Barrymore's chubby stepsister in Ever After (1998), a re-telling of the Cinderella story. She has worked steadily since then, appearing in five motion pictures in 1999, two more the next year (including Coyote Ugly), and made her television debut in the mini-series Rose Red (2002), written by Stephen King. She went on to appear in the popular series Two and a Half Men as Rose, Charlie Sheen's hilarious on-screen stalker.

In 2002, Melanie appeared in two major Hollywood films, including a supporting role in the box office hit Sweet Home Alabama, starring Reese Witherspoon. In Abandon (2002), she demonstrated her character acting skills once again, in the role of a shy, somewhat creepy librarian. She admits to staying in character the entire time she's on a set, which sometimes unnerves her fellow actors.

Her other major credits in the early 2000s include Shattered Glass (2003) with Hayden Christensen, Clint Eastwood's war drama Flags of our Fathers (2006) with Ryan Phillippe, and Jason Reitman's Oscar-nominated drama Up in the Air (2009) with George Clooney.

Since then, she's appeared in Seeking a Friend for the End of the World (2012) with Steve Carell and Keira Knightley, The Perks of Being a Wallflower (2012) with Emma Watson, Nina Dobrev and Paul Rudd, the comedy They Came Together (2014) with Amy Poehler, and the indie drama The Intervention (2016) with Clea DuVall and Jason Ritter.

Melanie, a vegetarian, makes her home in Los Angeles. She married actor Jimmi Simpson on April 14, 2007, but they separated in 2012 and were divorced in 2014.