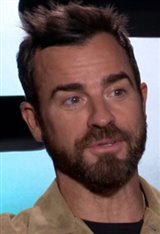 Born and raised in Washington, D.C., Justin Theroux graduated from Bennington College with a Bachelor of Arts degree. He moved to New York City, where he began his career onstage in off Broadway plays, such as Three Sisters, starring alongside Calista Flockhart, Billy Crudup and Jeanne Tripplehorn. He made his television debut with a guest appearance on the CBS series Central Park West in 1995. Theroux's feature film debut came shortly after, playing Mark, the Revolutionary in I Shot Andy Warhol (1996). His next role was in Romy and Michele's High School Reunion (1997), starring Mira Sorvino and Lisa Kudrow.

Next up for Justin was the starring role in Below Utopia (1997), with Alyssa Milano playing his girlfriend. Roles in several independent films followed before he landed a regular role on the new CBS TV series The District in 2000, playing Nick Pierce for the next two seasons. When on hiatus from the show, he kept busy doing more films, including David Lynch's Mulholland Dr. (2001) and Zoolander (2001) starring, written and directed by Ben Stiller.

In 2003, Justin left The District to join the cast of HBO's darkly humorous hit series Six Feet Under, about a family that runs a funeral home. He also managed to fit in roles in several movies, including Charlie's Angels: Full Throttle (2003) starring Drew Barrymore; Duplex (2003), again with Ben Stiller and Drew Barrymore; and Nowhere to Go But Up (2003) with Audrey Tautou.

He played John Hancock in the Emmy award-winning miniseries John Adams in 2008, then in 2010 he joined the cast of the hit NBC-TV comedy series Parks and Recreation. On the big screen he played a supporting role in Your Highness, opposite James Franco and Natalie Portman, and Wanderlust (2012) starring Jason Bateman and Jennifer Aniston. He then appeared in the sequel Zoolander 2 (2016), and the drama adaptation The Girl on the Train (2016). More recently, he can be seen voicing a character in The LEGO NINJAGO Movie (2017). From 2014 to 2017 he played Kevin Garvey on the HBO series The Leftovers.

More recently, he played Mila Kunis' ex-boyfriend in The Spy Who Dumped Me (2018).

Justin divides his time between New York and Los Angeles. He is the nephew of writer Paul Theroux, some of whose novels have been turned into movies (Mosquito Coast, Christmas Snow, Chinese Box, etc.).

Justin married longtime girlfriend Jennifer Aniston on August 5, 2015, but they have since separated.