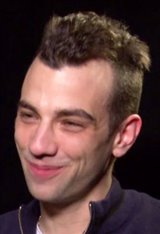 Born in Ottawa, Jay Baruchel began taking acting classes when he was 12 and shortly after, landed his first professional acting job on a 1995 episode of the kids' series Are You Afraid of the Dark?

Guest appearances on Canadian series such as My Hometown and The Worst Witch followed. Baruchel made his film debut with a small role in the Canadian comedy Who Gets the House?, starring fellow Canadian Elisha Cuthbert. In 2000, he made his American film debut in the Oscar-winning picture Almost Famous (2000).

However, he may be best known for his starring role as Steven Karp on FOX's hit series, Undeclared, which ran from 2001 to 2002. Baruchel then began landing supporting roles in major motion pictures such as The Rules of Attraction (2002) for Lionsgate and the Academy Award-winning movie Million Dollar Baby (2004) for Warner Brothers opposite Clint Eastwood, Hilary Swank and Morgan Freeman.

Next, he returned to the small screen playing an 18-year-old attorney opposite Don Johnson in The WB's Just Legal, but the show was quickly cancelled after it was determined that the viewers were older than the demographic the network was expecting. Returning to Canada, Baruchel starred in the independent feature Fetching Cody (2006), then played the title role in the romantic comedy I'm Reed Fish (2006) opposite Alexis Bledel of Gilmore Girls. Since then, he's acquired A-list status in Hollywood, after voicing the lead character in How to Train Your Dragon (2010), starring as the romantic lead in She's Out of My League (2010) and starring opposite Nicolas Cage in The Sorcerer's Apprentice (2010). However, he still occasionally makes time to play roles in smaller Canadian films, such as Good Neighbours (2010) and Goon (2012), which he also co-wrote. Baruchel also starred alongside Sarah Gadon and Robert Pattinson in David Cronenberg's project, Cosmopolis (2012). He followed this up with roles in The Art of the Steal (2013), RoboCop (2014), and How to Train Your Dragon 2 (2014).

Jay divides his time between Montreal and Los Angeles and enjoys watching hockey and soccer in his spare time.