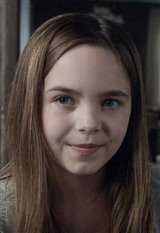 Ryan Keira Armstrong was born in New York City, but she currently lives in Los Angeles with her parents and four siblings. Her mother is a doctor and her father is also an actor.

Ryan made her acting debut in 2017 as Minnie May Barrie on several episodes of the Canadian series, Anne with an E. Ryan has often portrayed the child version of leading roles such as Young Nola Kellergan in the miniseries The Truth About the Harry Quebert Affair (2018), Child Gloria Steinem in the feature film The Glorias (2020), Young Muri Foster in The Tomorrow War (2021) and Young Antonia in Black Widow (2021).

She made her feature film debut as Zoë alongside Milo Ventimiglia in The Art of Racing In the Rain (2019) and the same year, she also had a role in IT: Chapter II as Victoria Fuller.

In 2021, Ryan starred as Alma Gardner in a leading role on the popular TV series American Horror Story: Double Feature, making her the youngest actor to do.

Ryan landed her first major film role in 2022, in the remake of Stephen King’s Firestarter alongside Zac Efron, who plays her father. Ryan said she drew inspiration from her personal relationship with her father for the role.