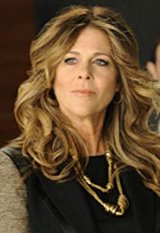 Rita Wilson was born Margarita Ibrahimoff and was raised in Hollywood, California. She is a first generation American and went on to become a successful actress, producer, director, writer and pop singer. She began her career at the age of 14 as a model, and made her television debut when she was selected to play Pat Conway, a head cheerleader on The Brady Bunch (1969). She appeared in guest roles on a number of popular television series of the day, including M*A*S*H (1972), Happy Days (1974) and Three's Company (1977).

Rita made her film debut in the 1979 sci-fi opus The Day It Came to Earth.

She viewed her parents as her role models and was inspired by the courageous steps that they took in life to achieve success and freedom. She wanted to be successful like her parents. If not for them, Rita believes she would’ve never been able follow her dreams of becoming an actor.

Her father, Hassan Halilov Ibrahimoff (1920-2009), was Bulgarian and spoke five languages. Born in Oraio, Greece, Hassan changed his name to Allan Wilson in 1960. Her mother, Dorothea Wilson (Alice Agopova Aleksaneva Markaryan), was raised in Albania, near the border of Greece.

In 1981, Rita played a guest role on the TV sitcom Bosom Buddies, where she first met the star of the series, who would go on to become her future husband, Tom Hanks. They crossed paths with each other again in 1985 on the set of Volunteers. Tom had been married to his first wife Samantha Lewes in 1978 and had two children with her — Colin and Elizabeth — but when he saw Rita, he knew there was something special about her. The couple married on April 30, 1988 after Tom's divorce.

In the years following Bosom Buddies, Rita and Tom frequently appeared on screen together. Rita memorably played the role of Suzy, a close friend of Hanks' lead character in Nora Ephron's romantic comedy Sleepless in Seattle (1993).

Rita also appeared in some of the films Tom has directed, including That Thing You Do! (1996) and Larry Crowne (2011). They have also produced a number of films together, including My Big Fat Greek Wedding (2002) and the Mamma Mia! films (2008 and 2018). She remained a very popular actress with a busy schedule and played a variety of roles on television and in feature films. She played roles such as a spouse or best friend in features such as: Runaway Bride (1999), Auto Focus (2002) and It’s Complicated (2009).

“I’d always dreamed of being a singer,” Rita said. She was passionate about it and sang in a folk group with her church as a teenager, and later worked as ticket-taker at a concert venue, just so she could watch the concerts. In 2005, her agent sent her to audition for the role of Roxie Hart in the Broadway revival of the musical Chicago. After landing the role, it changed her life, and she knew she had to start planning for an album.

She teamed up with producer Fred Mollin to record AM/FM. Songwriter/producer Kara DioGuardi helped Rita write the first two songs of her second album. Since then, she has collaborated with many several talented songwriters.

While in Australia, Rita and Tom were both diagnosed with COVID-19. They quarantined and safely came through it and and currently working on new projects. They have two sons — Chet who was born in 1990 and Truman who was born in 1995.