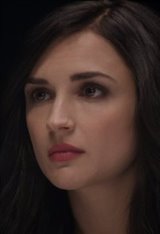 Brown haired, doe-eyed beauty Rachael Leigh Cook was born in Minneapolis, Minnesota. Despite being extemely shy when she was younger, Rachael nabbed her first acting role when she was around seven in a non-speaking part in a public service announcement encouraging adults to become foster parents. She also appeared in an anti-heroin commercial, in which she smashes up a kitchen with a frying pan.

Rachael broke into movies in 1995 with a role in The Baby-Sitters Club. Her next memorable appearance was in The House of Yes (1997), in which she played the young Parker Posey. Coincidentally, Freddie Prinze Jr., with whom she would later co-star in She's All That, was also in the film, although they had no scenes together. After The House of Yes, Rachael acted in a few forgettable films, the exception being Living Out Loud (1998), in which she played the young Holly Hunter. It was her next film, 1999's She's All That, that garnered her significant attention. As Laney Boggs, Rachael went from geek to chic under the tutelage of the most popular boy in school (Prinze Jr.).

Following the success of She's All That, Rachael played roles in movies such as Josie and the Pussycats (2001) and Nancy Drew (2007).

After coming up with the concept for the rom-com Love, Guaranteed (2020), she took it to her manager, who loved it, and they found a writer. Netflix loved the script and eight months later, she was co-starring opposite Damon Wayans Jr. on location in Vancouver.

A vegetarian, in 2004 Rachael married actor Daniel Gillies. They live in the Los Angeles area. They have two children: a daughter born September 2013, and a son born April 2015. The couple announced their separation in June 2019.