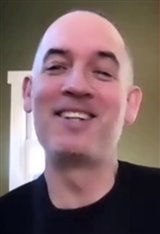 A native of Toronto, Michael McGowan graduated from the University of North Carolina with a B.A. in English. He returned to Toronto and began a career in journalism, writing for publications such as Toronto Life, Saturday Night, enRoute, Shift, Harrowsmith and The Globe and Mail.

He broke into showbusiness when he wrote, directed and produced his first feature, My Dog Vincent (1998). The film screened at several film festivals before its limited 1998 theatrical release. McGowan directed an episode of The Comedy Network's The Unprofessionals before writing for and producing the animated series Henry's World. He has also written for Jacob Two-Two, an animated series adaptation of Mordecai Richler's classic books.

McGowan won a Directors Guild of Canada award for his second feature film, Saint Ralph (2005), about a boy who believes he needs a miracle to save his mother's life. Next, he directed Joshua Jackson in One Week (2008), about a young man who goes on a road trip from Ontario to British Columbia.