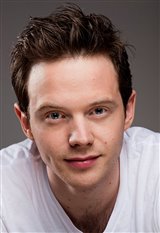 Born in St. John's, Newfoundland, Mark O'Brien is best known for his role as Des Courtney on the hit TV series Republic of Doyle, which ran from 2010 to 2014.

His career began in 2005 when he played a small role on the series Legends and Lore of the North Atlantic. Roles on a number of series followed, before he made his feature film debut in the Canadian film Grown Up Movie Star (2009), starring Tatiana Maslany.

However, he had to be patient because his first role in a major feature film came much later, on the set of the acclaimed science fiction film Arrival (2016), directed by Quebecois Denis Villeneuve. The Oscar and BAFTA-winning film starred Amy Adams, Jeremy Renner and Forrest Whitaker.

In 2018 that things finally exploded for Mark when he achieved roles in no less than six features, including Netflix's sci-fi thriller Anon, the action movie The Darkest Minds with Mandy Moore, The Front Runner starring Hugh Jackman and the crime drama Bad Times at the El Royale starring Jeff Bridges, Dakota Johnson, Jon Hamm and Chris Hemsworth.

Mark is married to British/Canadian actress Georgina Reilly, who played Dr. Emily Grace on the hit Canadian series Murdoch Mysteries from 2012 to 2017.