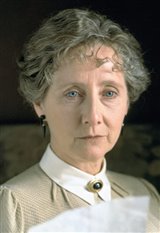 After making her debut in Ken Russell's The Devils, Jones' other notable film credits include Paperhouse, Feast of July, Wilde, The Theory of Flight, The Winslow Boy, Captain Jack, Shanghai Nights, Fragile, Good, and Forget Me Not, which premiered at the London Independent Film Festival.

The daughter of British actor Griffith Jones, Gemma (born Jennifer) Jones trained at Royal Academy of Dranatic Arts in London, where she won the Gold Medal in 1962. Shortly after graduating, she appeared in the play The Cavern, for which she won a Clarence Derwent Award for Best Supporting Actress of the Year. She initially concentrated on her stage and television career. Her many notable stage performances include Baal (Johanna), The Merchant of Venice (Portia) Saint Joan, Hamlet (Ophelia), A Streetcar Named Desire (Blanche Du Bois), Cabaret (Sally Bowles), Macbeth (Lady Macbeth), King Lear (Goneril), The Master Builder (Aline Solness) Tolstoy (Sonya Tolstoy), The Glass Menagerie (Amanda), Cat on a Hot Tin Roof (Big Mama), and recently, roles in Everything is Illuminated, On Religion, and Family Reunion at the Donmar Warehouse.

Jones toured throughout the world in the early 1970s with Peter Brook's famed production of A Midsummer Night's Dream and appeared in the U.S. with the National Theatre's 1994 production of The Winter's Tale. She is fondly remembered for her starring role as the lower-class cook turned upper-crust hotelier in two seasons of the BBC's The Duchess of Duke Street, for which she won her third BAFTA nomination. She received her first BAFTA nomination for Play for Today: The Lie (written by Ingmar Bergman) and The Spoils of Poynton, and her second for BBC Play of the Month: The Cherry Orchard and Play for Today: The Man in the Sidecar.

In 2016, Gemma reprised her role in the comedy sequel Bridget Jones's Baby (2016). More recently, she played Aunt Anne Lister on the 2019 HBO TV series Gentleman Jack and the role of Ivy in the Elton John biopic, Rocketman (2019). She also plays the role of Molly Anning in the period drama, Ammonite (2020).