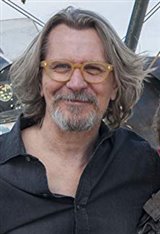 Gary Oldman's perceptions of life were skewed at an early age when his father, an alcoholic welder, left home one day when Gary was only seven years old never to return again. His childhood memories are of a drab working class area of South London called New Cross that he called home and a brutal boys' school where he was sent to learn his ABCs.

Gary was going nowhere fast, supporting himself as a sales clerk in a sporting goods shop when he was accepted into the Greenwich Young People's Theatre, which led to a scholarship to study acting at the Rose Buford College of Speech and Drama. His acting skills soon saw him taking to the British stage and he scored a 10-out-of-10 performance in only his third film, Sid and Nancy, in which he played punk rock star Sid Vicious to perfection.

In 1997, Gary put his childhood memories on screen when he wrote and directed Nil by Mouth, a bleak, semi-autobiographical drama about a dysfunctional blue-collar London family that he dedicated to his late father. The film proved to be a controversial hit at that year's Cannes Festival, and the first-time director won a number of international awards and a new dose of respect for his work. He subsequently returned to acting with Luc Besson's The Fifth Element that same year.

His role in The Contender (2000) earned him a Screen Actors Guild nomination, and he shared an Alan J. Pakula Award from the Broadcast Film Critics Association with the rest of the cast. His guest appearance on the sitcom Friends earned him his first Emmy nomination in 2001.

In 2012, Oldman received his first Academy Award nomination for his work in Tinker Tailor Soldier Spy in the Leading Actor category. That same year, he also enjoyed the highly-anticipated release of Christopher Nolan's final Batman film The Dark Knight Rises, in which Oldman played the role of Captain Jim Gordon—he played the role in the trilogy's first two films, Batman Begins (2005) and The Dark Knight (2008).

Gary also starred alongside his The Dark Knight Rises co-star, Tom Hardy, in the western Lawless (2012). He then appeared in the corporate espionage thriller Paranoia (2013), followed by the sci-fi reboot Robocop (2014), and the action sequel Dawn of the Planet of the Apes (2014).

The veteran actor has continued to work steadily in recent years, appearing in films like the crime thriller Criminal (2016), the post-apocalyptic war drama Man Down (2016), and the romantic adventure film The Space Between Us (2016). In 2018, he won an Academy Award, a Golden Globe, a BAFTA and a SAG Award for his outstanding work as Winston Churchill in the feature film The Darkest Hour (2017).

Most recently, Gary appeared in the action thriller Hunter Killer (2018), appearing alongside Gerard Butler and the thriller The Woman in the Window (2019) with Amy Adams.

For his role in the title role in Mank (2020), Gary received his third Oscar nomination in the Actor in a Leading Role category. He received a Golden Globe nomination for the same role, as well as a SAG nomination.

Plagued by personal problems in the early '90s, Gary has said, "Talent is very attractive...I think it's the biggest aphrodisiac going." H3 must have been very alluring to Uma Thurman whom he married in 1990; however, the two have long since gone their separate ways.

Since then, he has married (in 1997) and divorced (in 2001) Donya Fiorentino, with whom he shares two children. He also has a child with his first wife, Lesley Manville. On New Year's Eve 2008, he wed his fourth wife, jazz singer Alexandra Edenborough. The couple split in January 2015. He has been married to fifth wife, writer and art curator Gisele Schmidt, since September 2017.