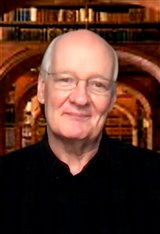 One of Canada's leading Improv Comedians, Colin Mochrie is best know for his work on Whose Line is it Anyway? He has won Canadian Comedy Awards for Best Male Improviser and Best Male Performance in a Television Series and has a dedicated fan base from around the world.

Born in Scotland, Colin moved with his family to Montreal in 1964, then settled in Vancouver in 1969.

Some of his selected screen credits include: The Drew Carey Show, Improv Heaven and Hell, Seven Little Monsters, Puck Hogs, Kit Kittredge: An American Girl, The Tuxedo, This Hour has 22 Minutes & King of the Hill. He has also starred in a few small films, including Irvine Welsh's Ecstasy (2012) alongside Billy Boyd and Kristin Kreuk.