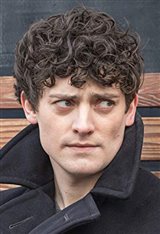 Born in Wales, Aneurin Barnard is the son of a factory worker mother and a coal miner father. He developed a desire to act at a young age. He began training at the Bridgend Youth Theatre, and took sword fighting lessons as well as horseback riding in order to be ready for a variety of roles.

In his mid-teens he played a role as Young Jonathan in the HTV Wales series Jacob's Ladder, then went on to train at the Royal Welsh College of Music & Drama. Following graduation, Aneurin played a lead role in the London premiere of the Tony Award-winning musical Spring Awakening, which opened in February 2009 and he went on to win a 2010 Laurence Olivier Award for his role in the play.

On television, he began landing guest roles on British TV series before making his film debut in Ironclad (2011), starring Paul Giamatti, Derek Jacobi and Kate Mara. The same year, he played a starring role in Hunky Dory (2011), playing a student whose teacher (played by Minnie Driver) decides to have the teens put on a rock opera. The film is set in 1976 and Aneurin had the chance to show off his singing voice with several numbers from artists of the era.

In 2012 he won Best Actor at the Puchon International Fantastic Film Festival for his role as a character who suffered from agoraphobia in the horror/thriller Citadel (2012). The following year he shared an award for Best Acting Ensemble: Feature with Kaya Scodelario, Jessica Biel, Alfred Molina, Frances O'Connor and Jimmi Simpson for the work in The Truth About Emanuel (2013) at the Ashland Independent Film Festival.

Aneurin has played roles in a number of mini-series, including King Richard III in the 2013 BBC One series The White Queen, Bobby in ITV's Cilla (2014), in which he played singer Cilla Black's blond manager/husband; Tim Hobson in BBC's Thirteen (2016) and Boris Drubetskoy in the BBC One series War & Peace (2016), for which he received a Welsh BAFTA nomination as Best Actor.

In the 2018 comedy action/adventure Dead in a Week (Or Your Money Back), he starred opposite Tom Wilkinson, who played a hitman trying to kill Aneurin's character, William, who is so depressed at the beginning of the film that he wants to die, then changes his mind.

Aneurin has roles in a number of other films lined up, including playing Steerforth in a new adaptation of Charles Dickens' David Copperfield, titled The Personal History of David Copperfield (2019), as well as the role of adult Boris Pavlikovsky in The Goldfinch (2019), starring Nicole Kidman and Ansel Elgort. He also plays Paul Langevin in Radioactive (2019), about scientist Marie Curie and her husband, all three of which will screen at the 2019 Toronto International Film Festival.