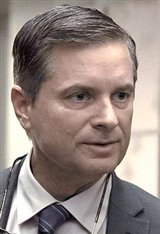 Born in Tallahassee, Shea Wigham's original life plan was to become a professional athlete. He played tennis and soccer, eventually entering Tyler Junior College on a tennis scholarship. That's where he found his passion for acting and soon transferred to the State University of New York - Purchase, where he was part of a small acting program. After graduation he co-founded a theater group called The Rorchasch Group with his college roommate Kirk Acevedo, working for three years as both a performer and the artistic director of the group.

His first professional role was in an episode of Ghost Stories in 1997, but his big break came three years later when he appeared in a starring role in the feature film Tigerland (2000) opposite Colin Farrell. He played a recurring role on the medical drama ER, but his early work was mostly in feature films such as Lords of Dogtown (2005) and Fast and Furious(2009).

In 2010, Shea was cast in the leading role of Elias "Eli" Thompson on the HBO series Boardwalk Empire. He was with the show until its finale in 2014. Subsequent television credits include recurring roles on Agent Carter (2015), Fargo (2017) and Prime Video's Homecoming in 2018. For his work on Homecoming, Shea was nominated for a Critics’ Choice Television Award for Best Supporting Actor in a Drama Series.

Shea has appeared in several Oscar-nominated films, including The Wolf of Wall Street (2013), American Hustle (2013), Vice (2018) and Joker (2019). He has several projects slated for release in 2020 including the TV series Perry Mason, and the film Small Engine Repair. He has also been cast in the next two Mission: Impossible films, slated to release in 2021 and 2022.

Shea lives with his wife, Christine, and the two have one daughter, Giorgia Whigham, who has a slew of movie and TV credits herself, including playing the role of Kat on the Netflix series 13 Reasons Why.