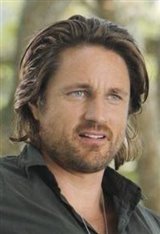 Born and raised in Auckland, New Zealand, Martin Henderson was introduced to acting when a local television program called Strangers held an open casting call at his school. The 13-year-old was cast in the series, and he has been acting professionally ever since.

He appeared in the TV movie Raider of the South Seas (1990), playing the teenage son, and on the series Betty's Bunch (1990), before starring in the New Zealand drama series Shortland Street for three years, winning a New Zealand Television and Film Award in the category of Best Male Dramatic Performance in a Television Show in 1993. He later returned to the series in 2017, reprising his role as Stuart Neilson.

In 1995, Martin moved to Sydney, Australia, where he appeared on two more television series, Echo Point (1995) and Home and Away (1996) before landing the role of a young athlete training for the Olympics in the series Sweat (1996). He appeared in one more series, Big Sky, in 1997 before making the leap to the big screen in Kick (1999), a film set in the world of the Sydney ballet. Henderson received an Australian Film Institute Award for Best Performance in a Supporting Role for his work in the film.

Martin decided to move to the United States to pursue his career. In 1999, he began a two-year training program at the Neighborhood Playhouse in New York. During that time, he appeared in several stage productions, including the off-Broadway play Ophelia Thinks Harder at the Samuel Beckett Theatre.

Martin returned to feature films in 2002, landing a lead role in John Woo's World War II drama Windtalkers as the inexperienced young soldier longing to go home to the girl he left behind. In The Ring (2002), he co-starred as a video geek who helps Naomi Watts' character solve the mystery behind a killer videotape. In 2004, he appeared alongside Ice Cube in the motorcycle racing action flick Torque, then played the role of Will Darcy in the comedy Bride and Prejudice (2005), based on Jane Austen's novel Pride and Prejudice.

Martin took on a role in Canadian director Atom Egoyan's biographical and criminal drama The Devil's Knot (2013) starring Colin Firth and Reese Witherspoon, played Andy "Harold" Harris in the snow-covered adventure Everest (2015) and became the target of killers in the horror film The Strangers: Prey at Night (2018).

He has also experienced success on American television, playing the role of Dr. Nathan Riggs on the hit medical drama Grey's Anatomy from 2015 to 2017.