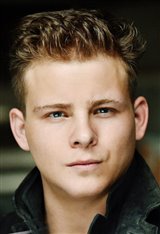 Jonathan Lipnicki was born in California to Canadian Joe Lipnicki from Montreal, Québec. The family settled in the U.S. in response to The Revolution Tranquille (quiet revolution) taking place back in the 1960s. Jonathan followed his older sister into acting.

By the time six-year-old Jonathan charmed audiences as the son of Tom Cruise's love interest in the acclaimed comedy-drama Jerry Maguire (1996), he was a veteran of several television series such as The Jeff Foxworthy Show, Meego, and numerous commercials.

Before taking his first starring role in Stuart Little (1999), Jonathan lent his voice to the baby tiger in the Eddie Murphy comedy Doctor Doolittle (1999).

Jonathan followed that up with a starring role as Tony in the feature film The Little Vampires (2000), filmed on location in Scotland and Germany.

He then reprised his role as George Little in the sequel, Stuart Little 2 (2002).

He worked sporadically over the next few years, then enjoyed a career resurgence in 2014 when he was cast in the recurring role of Tyler on the drama series Youthful Daze. In 2016, he landed a starring role on all eight episodes of the web series Interns of F.I.E.L.D., followed by roles in a number of movies over the next few years, with 2017 being his busiest, when he appeared in no less than seven feature films and had a regular role as Corey Cusimano on the TV series Mr. Student Body President.

Jonathan, who lives in Los Angeles, has been open about his lifelong struggle with anxiety and depression. He had his first panic attack at the age of eight, then at 11, when he started at a new school, he was given so much attention from the other students that it was overwhelming, especially when he began being bullied. He revealed that he's still in touch with Tom Cruise, who is supportive and gives him advice. Jonathan also been began seeing a therapist at age 12.

The former child star says activies such as water polo and martial arts help him focus and forget about his anxiety.