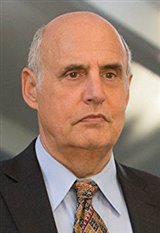 A multi-talented actor whose credits span the full range of entertainment from film to television and theater, Tambor was born and raised in San Francisco.

Tambor spent nearly two decades in regional theater, appearing in classic comedy roles. While his propensity for scene stealing did not always endear him to his fellow actors, Tambor was able to move in to films and television by the end of the '70s, when he landed a regular role as the snooty neighbor Jeffrey P. Brookes III on the Three's Company spinoff The Ropers, after making guest appearances on Kojak, Taxi and Starsky and Hutch.

The actor made his film debut with a critically acclaimed performance as Al Pacino's deranged law partner in Norman Jewison's …And Justice For All (1979).

On television, Tambor co-starred as Hank Kingsley for six years on the award-winning hit series The Larry Sanders Show. For his role he was nominated four times for an Emmy Award, as well as for four CableACE Awards and an American Comedy Award. Tambor also played roles on other TV series including Max Headroom, Everything's Relative and Hollywood Squares, as well as TV films such as Weapons of Mass Distraction and The Man who Captured Eichmann.

In 2003, he took on a regular role as George Bluth Sr. on Fox's new hit series Arrested Development, for which he received two Emmy Award nominations. The popular series ran for three years and may yet be brought back as a movie.

For his work in the Amazon Prime series Transparent, in which he played a transgender by the name of Maura Pfefferman, Jeffrey won a Golden Globe, two Emmy Awards and a SAG Award.

Jeffrey taught acting at Milton Katselas' Beverly Hills Playhouse, and worked on the music videos Ghostbusters and Phil Collins' I Wish It Would Rain Down. He has been married to actress Kasia Ostlun since October 2001 and the couple have four children.