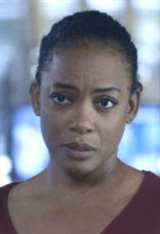 An alumnus of Browns University with a B.A. in African-American studies, Aunjanaue Ellis was born in San Francisco, California. She later studied drama at the Tisch School of the Arts in New York City before beginning her career on the stage in the 1995 Broadway revival of The Tempest, starring Patrick Stewart.

Her first screen role was a guest appearance on the TV series New York Undercover in 1995. The following year, she was cast in a regular role on the ABC police drama series, High Incident (1996-7), created by Steven Spielberg.

In between her busy TV schedule, Aunjanaue has appeared in a number of high profile motion pictures, including I Love You Phillip Morris (2009) starring Ewan McGregor, The Taking of Pelham 123 (2009), playing Denzel Washington's wife, The Resident (2011) starring Hilary Swank and If Beale Street Could Talk (2018).

Aunjanaue received her first Academy Award nomination in 2022, for her role as Brandy Williams, the mother of tennis superstars Serena and Venus Williams, in King Richard (2021).