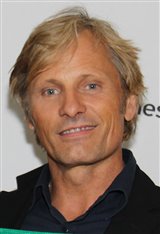 "Acting has never been, like, everything to me," says this New York native. "Even before I had a son, who does mean everything to me. There's too many strange people. And too much institutionalized insecurity."

Viggo spent the early part of his childhood in Manhattan. His family traveled a great deal and he spent several years living in Venezuela, Argentina, and Denmark. After studying the art of acting with film legend, Warren Robertson, Mortensen appeared in several plays and movies, and eventually moved to Los Angeles, where his performance in Bent at the Coast Playhouse earned him a Dramalogue Critic's Award.

Although unknown to a lot of moviegoers in the 1990s, Viggo had shown up in an awful lot of movies. He's also a published poet, photographer, painter and speaks three languages. In 1997 he first earned viewership recognition playing the poetry spouting superior officer who put Demi Moore through hell in G.I. Jane.

Following the exposure in G.I. Jane, he landed starring roles in such big budget films as A Perfect Murder (1998), the remake of the classic horror film, Psycho (1998), and the Sandra Bullock comedy 28 Days (2000).

He began the 21st century on a high note, beating out major actors to play the coveted role of Aragorn in J.R.R. Tolkien's fantasy trilogy Lord of the Rings. The part led to worldwide exposure for three years straight. An accomplished horseback rider prior to his role in Lord of the Rings, he spent as much time as he could on horseback when not needed for a scene. He was thrilled to have the chance to ride horses again in his next film, Hidalgo (2004), playing a rider who enters an important race.

In 2005 he won a People's Choice Award for Favorite Male Action Movie Star and received several nominations from various societies for his work in the drama A History of Violence. His film A Dangerous Method (2012) got rave reviews when it premiered at the 2011 Toronto International Film Festival and in March 2012, he won a Genie Award for Best Performance by an Actor in a Supporting Role for his work in the film.

His most recent roles are as Chester in the thriller The Two Faces of January (2014), as Gunnar in the Western drama Jauja (2014), as Daru in the war epic Far From Men (2014), and as Ben in the dramedy Captain Fantastic (2016). His work in the latter earned him numerous nominations for Best Performance By an Actor in a Lead Role, including nominations from the Academy Awards, BAFTA Awards, Golden Globe Awards and the SAG Awards.

He has since starred in Green Book, which won the People's Choice award at the 2018 Toronto International Film Festival. He also earned Best Actor nominations at the Golden Globe Awards and at the Academy Awards for his work in the film.

Viggo says, "An actor ought to defend every character he plays as a mother bear does her cubs — I never became a character I didn't like, regardless of the final result."

Married to punk singer Exene Cervenka in 1987, he divorced in 1997. Since 2009, he has been dating Spanish actress Ariadna Gil.