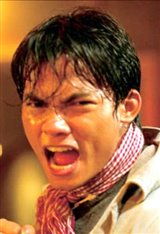 Tony Jaa is one of Thailand's biggest talents. He is a stuntman turned actor, best known for his work in Ong Bak: The Thai Warrior (2003) and Tom-Yum-Goong (2005), known as The Protector here in the western hemisphere.

Born in Surin, Thailand, Tony started his Muay Thai training at a young age at a local temple. As he grew older, he went on to study at the Maha Sarakham College of Physical Education, where he graduated with a bachelor’s degree.

Tony started his career as a stuntman for action films in Thailand, including an American movie, Mortal Kombat: Annihilation (1997).

He caught his big break when he landed the role of Ting in the Thai action movie, Ong Bak: The Thai Warrior. Tony drew critical attention to himself in this movie, drawing comparisons to martial art movie legends such as Jackie Chan, Jet Li, and Bruce Lee. His work in the movie earned him a Star Entertainment Award for Actor in Leading Role of the Year.

Tony also became a co-director, action choreographer, and stunt choreographer in the next two installments of the franchise, which earned him nominations for Best Actor, and won him two Motion Picture of the Year awards.

In 2005, Tony starred in the movie Tom-Yum-Goong, also known as The Protector. Although the film was not well received by critics, many fans of martial art movies across the world were impressed by the action and fighting scenes, due to Jaa's incredible athleticism and explosive fighting style.

Tony does not rely on wires or CG effects for his stunts, a practice similar to his idol, Jackie Chan. Tony is also skilled in Tae Kwon Do, gymnastics, and swordplay.

In 2011 Tony married his longtime girlfriend, Piyarat Chotiwattananont. They have two daughters together. ~Sean Olegario