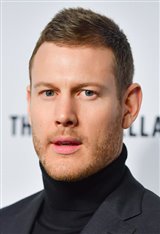 English actor Tom Hopper was born in Coalville, Leicestershire. He studied acting at Rose Bruford College, from which he would graduate in 2006 with honors.

Following his graduation he landed a guest role in 2007 on the TV series Casualty, and a small role in the film Saxon (2007), followed by guest roles on the TV series Doctors (2008) and Doctor Who (2010). Also in 2010, he was cast in a regular role as Sir Percival in the BBC series Merlin, a re-imagining of the Arthurian legend. That role would help propel him to future projects such as the TV mini-series Good Cop and smaller films such as the romance-thriller Leopard (2013), the action-comedy Knights of Badassdom (2013) and the action-adventure film Northmen - A Viking Saga (2014).

His physicality and towering frame at 6'5" would also help him in nabbing a prominent role in the form of Billy Bones on the Starz pirate adventure-drama Black Sails in 2014. After the show ended in 2017 after four seasons, Tom was still in demand, immediately nabbing a role as swordsman-hunter Dickon Tarly on the eighth season of the hit HBO fantasy-drama series Game of Thrones.

During this time he would play his first leading role in the straight-to-video action flick Kill Ratio (2016), while also landing his first Hollywood gig in the Amy Schumer comedy I Feel Pretty (2018).

Tom married British actress Laura Higgins in 2014 and together they have two children: Truly Rose Hopper and Freddie Douglas Hopper.

In 2019 Tom can be seen playing the role of Luther in the new Netflix series The Umbrella Academy.