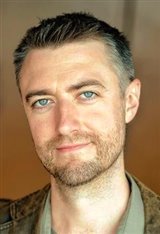 Born in St. Louis, Missouri, Sean Gunn is an American actor best known for his recurring role as Kirk on the TV series Gilmore Girls.

Sean grew up with four other siblings, including three brothers, who all would end up working in the entertainment industry. His brother James is a filmmaker/writer; Matt is an actor/political writer; and Brian is the former president of Artisan Entertainment. Sean enjoyed being the center of attention early on, and when he was old enough to understand, he knew he wanted to be an actor. As time progressed he learned to love the craft of acting, considering it “something that’s inside of me."

Knowing he had a passion for performing in front of an audience, Sean decided to enroll at DePaul University’s famed theater program, graduating in 1996. His fellow Gilmore Girls cast member John Cabera was his not only his classmate, but the two also lived together during this time.

After graduating, Sean spent two years of his life in Chicago, where he started up a theater company with friends from school, then hoping to make the move to on-screen work, he moved to Los Angeles and appeared in various films and TV series. His first acting credit came in the movie Tromeo and Juliet (1996), a film that was co-written by his brother James. Just a few years later, he landed a guest role as “Mick” on the second episode of the hit TV series Gilmore Girls. He was then cast in the fifth episode as the quirky townsperson Kirk, who takes on a variety of odd jobs and seems to pop up everywhere, beginning as the new assistant manager of Doose’s Market. He played Kirk through the entire run of the series, which ended in 2007, and reprised his role in the 2016 Netflix 2016 mini-series Gilmore Girls: A Year in the Life.

Sean’s first role in a major motion picture was in Pearl Harbor (2001), playing a “Traction Sailor.” During his run on Gilmore Girls, he also made numerous guest appearances on other shows such as DAG, 3rd Rock from the Sun and Yes, Dear.

As soon as Gilmore Girls came to an end, Sean was cast as Rooster on the ABC TV drama series October Road, which enjoyed a two-season run. In 2011, he was cast as Jason O’Brien on the Warner Bros. futuristic web series H+ produced by Bryan Singer.

He’s also appeared in independent movies such as Super (2010) and The Giant Mechanical Man (2012), but his biggest movie to date is Marvel’s Guardians of the Galaxy (2014), where he not only plays Kraglin, but also shares the character "Rocket" with Bradley Cooper. He appears as Rocket on set, while Bradley later provides the voice of the character. The film also stars Michael Rooker, Chris Pratt, Zoe Saldana and Dave Bautista. Sean returned in his roles for the sequel Guardians of the Galaxy Vol. 2 (2017). Both movies in the series were directed and co-written by his older brother James.

He has been in a relationship with longtime girlfriend Gina Clover for several years. She appeared in the TV mini-series Gilmore Girls: A Year in the Life as Rebecca. The two are big supporters of the animal shelter Tenth Life, which helps provide vet care and shelters for cats.

Sean once shared a fantasy baseball team with his brother Patrick, and they were in the same league as Geddy Lee from the Canadian band Rush.