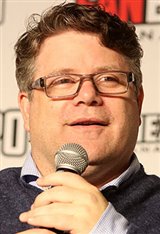 Born in Santa Monica, Sean Astin is the son of actors John Astin and Patty Duke. He followed his mother's lead by entering show business as a child. Sean's first important TV role was the 1981 ABC movie Please Don't Hit Me, Mom, a child-abuse drama starring his mother.

Sean attended Crossroads High School for the Arts and also studied with the famous Stella Adler. Despite his early entry into the industry, Sean concentrated on the more common pursuits of school and Little League throughout most of his childhood. However, a successful film career awaited him and, while he was in his early teens, the door was opened wide with his feature film debut role in the adventure hit The Goonies.

He followed almost immediately with the comedy Like Father, Like Son (1987), and then proved his dramatic capabilities in White Water Summer (1987). Since then, Sean has starred in a variety of roles in several diverse motion pictures. He joined the crew of the historic film, Memphis Belle (1990), and then organized a youthful resistance to terrorists in Toy Soldiers (1991).

Increasingly active from 1990 onward with credits like Encino Man (1992), Sean's most impressive screen performance to date has been in the title role of Rudy (1993), the true story of a long-shot candidate for the Notre Dame football team.

But his career in film has expanded much further than just acting. He directed and co-produced the short film Kangaroo Court, which was nominated in the Best Short Film category at the 67th Annual Academy Awards. He more recently starred in Moms' Night Out (2014).

Sean brings the same dedication in front of the camera to his work behind the scenes. "Being a filmmaker -- bringing ideas to life visually -- is a lot of fun and extremely rewarding," he states. Together with his wife, Christine, he has formed a production company. They have two daughters: Alexandra Louise (b. 1996) and Elizabeth Louise (b. 2002). Sean's younger brother, MacKenzie Astin, is also an actor.