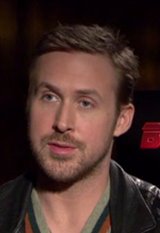 Born to a Mormon family in London, Ontario, Ryan Gosling was raised in Cornwall. Always eager to please, he started performing early, singing and dancing at talent shows and weddings with his older sister. When he turned 12, Gosling sought out a wider audience, auditioning and beating over 17,000 hopefuls to be a part of The Mickey Mouse Club.

After two years on the show, Ryan made appearances in a number of series including Road to Avonlea, Ready or Not, Goosebumps, Flash Forward, Psi Factor, and Hercules: The Legendary Journeys.

Following his first role in a feature film, Frankenstein and Me (1996), he landed a regular gig in the series Breaker High playing Sean Hanlon. The short-lived series forced Gosling to look for work and he earned parts in telefilms, Nothing Too Good for a Cowboy and The Unbelievables and the title role in the New Zealand-filmed series, Young Hercules.

The start of the 21st century splash-landed Gosling into a sea of lead roles in the motion picture industry. After playing a football player in Remember the Titans (2000), he impressed critics with his portrayal of Danny Balint, a Jewish boy turned Nazi, in The Believer (2001) (the latter of which earned him an Independent Spirit Award nomination for Best Male Lead). He continued to impress viewers with his convincing turn as playboy rich-kid-turned-murderer in Murder by Numbers (2002), opposite Sandra Bullock, whom he dated for a while after shooting was finished. Next, he took on the title role of Leland Fitzgerald in The United States of Leland (2004), playing a teen who commits a seemingly senseless murder. Gosling received a 2004 ShoWest Award as Male Star of Tomorrow. In 2005 he shared an MTV Movie Award with his The Notebook (2004) co-star, Rachel McAdams, for Best Kiss. They also shared Teen Choice Awards for Choice Movie Chemistry, Choice Movie Love Scene and Choice Movie Liplock. He also received Choice Movie Actor: Drama and Choice Movie Breakout Performance - Male for the film.

In 2007 he received an Oscar nomination for his work in Half Nelson (2006), in which he played a drug addicted junior high school teacher. In 2011, he was nominated for a Golden Globe for his performance in Blue Valentine followed by two more in 2011 for The Ides of March and Crazy, Stupid, Love. Following the success of these projects, Gosling topped it off with two more notable roles, the first as a 1940s cop taking on the East Coast Mafia in Gangster Squad (2013) and the second as a motorcycle stunt rider in The Place Beyond the Pines (2013). He also starred in the French-Danish thriller Only God Forgives in 2013.

Ryan's latest projects include the Oscar-nominated film The Big Short (2015), the comedy The Nice Guys with Russell Crowe (2015), and the musical La La Land with Emma Stone. For his work in the latter movie, he received numerous nominations, including nominations from the Academy Awards, BAFTA Awards and the SAG Awards. He also won a 2017 Golden Globe Award for Best Performance by an Actor in a Motion Picture - Musical or Comedy. He also appeared in the drama Song to Song (2017) with Natalie Portman, Michael Fassbender and Cate Blanchett, as well as the sci-fi sequel Blade Runner 2049 (2017) with Harrison Ford.

Ryan returned to theaters in the biographical drama First Man (2018), in which he played astronaut Neil Armstrong on his journey to becoming the first man to walk on the moon.

When relaxing, Ryan enjoys playing music, specifically jazz on guitar and piano, reading, and horseback riding. He has two daughters, Esmeralda and Amada Lee, with his The Place Beyond the Pines co-star Eva Mendes.