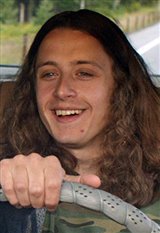 The youngest of the Culkin brood, Rory grew up with his large family and infamously fractious parents, Kit Culkin and Patricia Bentrup. By the time Rory was a year old, his elder brother Macaulay had become the biggest child star around with his starring role in Home Alone.

Rory followed in his brothers' (Macaulay and Kieran) footsteps and started performing on screen, often playing the younger version of his elder brothers' roles in films like The Good Son (1993) and Richie Rich (1994). Rory's first starring role didn't come until 2000 when he played Rudy in You Can Count on Me. The performance garnered praise in this Oscar-nominated film, and earned him a nomination in the Best Newcomer category at the 2001 Independent Movie Awards as well as a 2001 Young Artist Award.

Living among the famed family, whose private life was considered open to the public and media, wasn't easy as years of bad press rolled in. Rory kept his chin up, however, and continued to draw (his favorite pastime) and work hard in his chosen field.

As Rory entered his teens, he began to increase his workload, appearing in films like Igby Goes Down playing Kieran's character's younger self, Signs opposite Mel Gibson (both 2002), the critically acclaimed Mean Creek (2004) for which he shared a Special Distinction Award with the rest of the young cast at the Independent Spirit Awards and The Night Listener (2006) opposite Robin Williams.

Horror movies could also him in the feature Intruders (2015) and the following year, he played the title role in the horror drama Jack Goes Home (2016). The next year he played roles in the drama Columbus (2017) and the thriller Bullet Head (2017), which also starred Adrien Brody, Antonio Banderas and John Malkovich.

In 2018, he turned his talents to TV, playing starring roles in series such as Waco, Castle Rock and in 2019, the Showtime crime drama series City on a Hill.