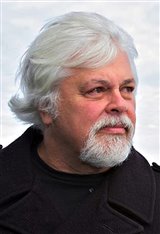 Born in Toronto, Canada at Women's College Hospital, Paul Watson was the eldest of seven children. His father was Anthony Joseph Watson, a French Canadian born in New Brunswick, Canada and his mother was Annamarie Larsen, the daughter of Danish artist Otto Larsen, and Canadian Doris Phoebe Clark. When Paul was five, the family moved to the lobster fishing town of St. Andrews-by-the-Sea in New Brunswick.

In 1960, Paul joined the Kindness Club, founded by Aida Flemming in New Brunswick. At the age of 10, he spent a summer swimming with a family of beavers. The next year, when he discovered that trappers had killed the entire family, Paul went out and destroyed all the leg-hold traps he could find. He was also known to disrupt deer and duck hunters, and to prevent other boys from shooting birds.

When his mother died when Paul was 14, the family moved back to Toronto, then to London, Ontario. His father was abusive, and so in 1967 Paul left to go to Vancouver, where he majored in communications and linguistics at Simon Fraser University in British Columbia.

In 1968, Paul joined the crew of the Norwegian bulk carrier Bris on a voyage to Asia and Africa. He served in the Canadian Coast Guard for two years in the early 1970s on weatherships, buoy tenders and on a search and rescue hovercraft.

Watson was one of the co-founders of the Greenpeace Foundation. His involvement began with a Sierra Club protest on the U.S. and Canadian border in October 1969, against the nuclear testing at Amchitka Island by the Atomic Energy Commission. A few of the participants from the protest organized a small group to work on ideas to oppose the testing at Amchitka. The group was called the Don't Make a Wave Committee and was composed primarily of members from the Sierra Club and the Society of Friends (Quakers). Paul was a Sierra Club member and his motivation to protest the testing was his concern for marine wildlife at Amchitka.

In October 1971, the Don't Make a Wave Committee sponsored the voyage of the ship Greenpeace I. When the testing at Amchitka was delayed to foil the voyage, the Greenpeace I, after a month at sea, headed back to Vancouver. Meanwhile, a second ship was organized. A converted Canadian minesweeper called the Edgewater Fortune was renamed the Greenpeace Too. One of her crew was Paul Watson.

Although the five-megaton explosion was ultimately detonated under Amchitka Island while the Greenpeace Too was still a few hundred miles away, the controversy the Greenpeace voyages generated led to the decision to cancel further tests. The detonation of November 1971 was the last nuclear test to take place at Amchitka. In 1972, the Don't Make a Wave Committee united the two ships and renamed themselves the Greenpeace Foundation. Along with Robert Hunter, Dr. Paul Spong and others, Watson organized the first campaign by Greenpeace to oppose whaling in 1974.

In 1975, Watson served as First officer under Captain John Cormack on the voyage to confront a Soviet whaling fleet. In June of that year, Watson and Hunter were the first people to put their lives on the line to protect whales when Watson placed his inflatable Zodiac between a Russian harpoon vessel and a pod of defenseless Sperm whales. From that moment on, Watson vowed to become a lifelong defender of the whales and all creatures of the seas.

In 1977, Watson resigned from the Greenpeace Foundation when it became clear to him that organization wasn't willing to stop the criminal acts that were taking place, they were only ready to hang a banner and photograph the atrocities. Watson wasn't able to be a passive observer and felt a need to continue direct action conservation activities on the high seas could only be realized by an organization that would enforce laws protecting marine wildlife.

To answer that need, Watson founded the Sea Shepherd Conservation Society that same year—an organization dedicated to research, investigation and enforcement of laws, treaties, resolutions and regulations established to protect marine wildlife worldwide. In December 1978, with the assistance of the Fund for Animals, Watson purchased a North Atlantic trawler in Britain and converted her into the conservation enforcement vessel, Sea Shepherd, which now has vessels in many countries with other captains following in Watson's footsteps.

He has also had other ships donated, including one by TV show host Bob Barker, which is named after him.

Over the years, Paul Watson, who is a vegan, has exhibited a remarkable diversity in his activism, including:
*Co-founder of Greenpeace in 1972 and Greenpeace International, 1979
*Founder of Sea Shepherd Conservation Society, 1977
*Field Correspondent for Defenders of Wildlife, 1976 to 1980
*Field representative for the Fund for Animals between 1978 to 1981
*Representative for the Royal Society for the Protection of Animals, 1979
*Co-founder of Friends of the Wolf, 1984
*Co-founder Earthforce Environmental Society, 1977
*Director, National Board of the Sierra Club USA, 2003 to present

Watson has lectured extensively at universities around the world, and was a professor of Ecology at Pasadena College of Design from 1990 to 1994. He was also an instructor in UCLA's Honors Program in 1998 and 1999. Currently, Watson is a registered speaker with the Jodi Solomon Speakers Bureau of Boston, and regularly gives presentations at colleges and universities in the United States and at special events throughout the world.

In 2000, Watson was chosen by Time Magazine as one of the environmental heroes of the 20th century.