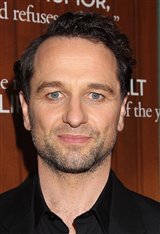 Born in Cardiff, Wales, Matthew Rhys trained at the Royal Academy of Dramatic Art. He made his feature film debut with a starring role in the independent British film, House of America (1997).

Matthew, who lives in Los Angeles, married American actress Keri Russell in 2014 and they have a son, Sam, born in May 2016.