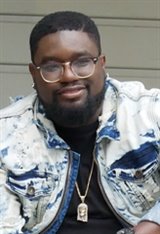 American actor and comedian Lil Rel Howery was born Milton Howery in Chicago, Illinois. He first knew he wanted to become a comedian at the age of 11, and at around age 13 he discovered comedian Richard Pryor’s book Pryor Convictions: And Other Life Sentences. He also came across his father’s collection of Pryor albums and would spend hours listening to them. After he saw Eddie Murphy’s stand-up special Delirious, he decided this was the type of comedy he was destined to do – characters.

In his senior year at Crane Medical Prep High School, Howery expressed an interest in writing characters and was given the opportunity to write his own scenes for a school production. They were a smash hit and he immediately knew this was his true calling.

He began his stand-up career when he was 19 and continued appearing in the local open mic circuit on Chicago’s East Side, where he featured at such famous spots as The Lion’s Den and Riddles Comedy Club, which was emceed by future comedy start DeRay Davis.

Eventually, following the success he found in Chicago, Howery felt confident enough to make the move to Los Angeles to further his career. In 2007 he made his television debut on the reality TV competition Last Comic Standing. He appeared in several other comedy shows at this time, such as The Bad Boys of Comedy, and was approached by Keenen Ivory Wayans to be part of the proposed reboot of the series In Living Color on Fox.

Although the reboot was canceled before it aired, Howery now had connections he'd made while working on the show and earned his big breakthrough on truTV’s comedy show, Friends of the People, as a series’ regular. He also served as a writer and executive producer for the show before it went off the air in 2015. At this time, he continued polishing and developing his stand-up routine and began to attracted some big players, like Kevin Hart who backed Howery’s comedy special in 2015: Kevin Hart Presents: Lil Rel: RELevent. That same year, Howery landed a starring role as Bobby Carmichael on the sitcom The Carmichael Show, which ran for three seasons.

Director Jordan Peele offered Howery the biggest role of this career when he cast him in his directorial debut, Get Out (2017), as TSA Agent Rod Williams. Billed as a supporting character, Howery’s performance earned him instant stardom for his comedic relief in the otherwise dark movie. Following the success of Get Out, Howery landed a recurring role on the HBO series Insecure.

To date, 2018 has proven the busiest year for Howery. In addition to starring in his own FOX sitcom titled Rel alongside Sinbad, Howery is also set to appear in three upcoming films: the post-apocalyptic Netflix drama Bird Box (2018) alongside Sandra Bullock and John Malkovich, Brittany Runs a Marathon (2018) and Uncle Drew (2018), a basketball comedy inspired by NBA All-Star Kyrie Irving’s famous Pepsi ad campaign.

He appears in the comedy Tag (2018) as Reggie, which was released in June and also lent his voice to the animated sequel The Angry Birds Movie 2 (2019).

Howery and his ex-wife Verina share custody of their young daughter and son. He also has an infant son from another relationship.