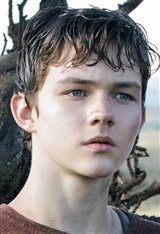 Australian-born actor Levi Miller first achieved worldwide attention when he was cast as Peter in Pan (2015), a dark version of the Peter Pan story. It was Levi's first starring role in a feature film and he earned nominations from the Young Artist and Young Entertainer Awards for his work in it.

He next starred in the Christmas horror flick, Better Watch Out (2016), as a teenager with a personality disorder. After roles in smaller Australian films, he joined the cast of the Disney blockbuster A Wrinkle in Time (2018), which was filmed in New Zealand and Los Angeles.