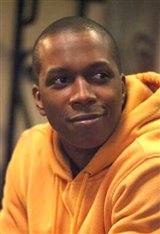 Leslie Odom Jr. is a multi-talented actor and singer, appearing in film, television, and on Broadway. He has also released three solo jazz albums. He is best known for his breakout performance as Aaron Burr in Lin-Manuel Miranda's Tony award-winning musical sensation, Hamilton.

Leslie was born in Queens, New York, but his family moved to Philadelphia shortly afterwards. In Philadelphia, he began to pursue a career in entertainment. He attended the Philadelphia High School for the Creative and Performing Arts, and then continued on to study at Carnegie Mellon University, where he graduated with honors. After university, in 2003 Leslie made the move to Los Angeles.

Leslie began his television career in the same year, landing a recurring role on CSI: Miami in the role of Joseph Kayle.

He has many appearances on television as a guest actor or a recurring character on shows such as Law & Order: Special Victims Unit and Grey's Anatomy. More recently he has taken a step forward in his career, being offered lead roles on the shows Smash (2012 to 2013) and Love in the Time of Corona (2020), as well as providing the voice of Owen Tillerman on the animated Apple TV+ series Central Park (2020 to 2021).

In 2012, Leslie made his feature film debut in Red Tails (2012), starring alongside recognizable names such as Cuba Gooding Jr. and Terrence Howard.

In 2015, he took up the role of Aaron Burr in the Broadway musical Hamilton. His work in Hamilton really boosted his career, earning him a Tony Award for Best Actor in a Musical, amongst other awards and nominations. He also appeared in the stage version filmed for Disney+ in 2020 alongside Lin-Manuel Miranda.

Aside from acting and performing on Broadway, Leslie is also a singer, having three solo albums to his name.