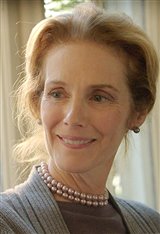 Born in Cincinnati, Ohio, Hagerty studied acting as a child. When she came to New York, she continued her studies at Juilliard drama school and became involved with The Production Company, an off-off Broadway company that was founded by her brother Michael and director Norman Rene.

Soon after performing in one of her brother's plays, she was asked to audition for the comedy film Airplane! (1980) and won the role of ditzy stewardess Elaine Dickinson. The film was a hit and launched her career into high drive. She next appeared in Woody Allen's A Midsummer Night's Sex Comedy, followed by a sequel to Airplane!.

Aside from exceptional performances in Lost in America (1985), What About Bob? (1991), Noises Off... (1992), Goodbye, New York (1996) and The Story of Us (1999), Hagerty fell into obscurity in the '90s. Switching gears, she tried a number of small screen projects including the telefilms The House of Blue Leaves, Necessary Parties, London Suite and Jackie's Back. She also starred in a short-lived sitcom Princesses and made guest appearance on the series ER, Everybody Loves Raymond, Malcom in the Middle and Murphy Brown. Her recent television work includes the role of Madame Rhonda on the series Trial & Error (2017) and a guest appearance on the hit Netflix show Grace and Frankie in 2018.