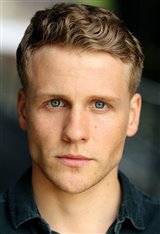 Josh Dylan lives in London and trained at the Guildhall School of Music and Drama there. His first acting credit was in the war film Allied (2016), appearing alongside Brad Pitt and Marion Cotillard.

Following this, Josh took to the stage and starred in the Orange Tree Theatre’s production of Sheppey, for which he won the 2017 Off West End Award for Best Supporting Actor.

Most recently, Josh returned to the big screen in the musical Mamma Mia! Here We Go Again (2018), the sequel to Mamma Mia! (2008), playing the younger version of Stellan Skarsgård’s character, Bill Anderson. He also appeared in the Gothic drama film The Little Stranger (2018) with Domhnall Gleeson and Ruth Wilson. ~Caitlyn Clancey