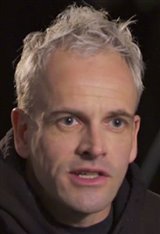 A surprisingly serious young man, Jonny Lee Miller comes from a good theater stock. His father has been around the London stage scene his whole life, managing companies and acting. His grandfather, Bernard Lee (for whom Miller is named), is best remembered for his role as M in the first dozen or so James Bond movies.

Born in Surrey, England, Miller attended Tiffin School, a selective state grammar school for boys in Kingston upon Thames, south-west of London. He got involved in several school radio plays as well as theatrical plays including Separate Tables and The Beggers Opera. At 17 he decided to leave school to pursue his acting career.

His first break was in a television series called Mansfield Park. It was ironic to find him returning to the remake of this story in a feature film 16 years later, though not playing the same character.

The first jewel of his achievements came in 1996 when Trainspotting hit theaters. To get the part he had to put on a Scottish accent. Luckily, Miller was used to sporting different accents, having used a Scottish accent in a BBC movie and an American one in Hackers. A runaway hit in the U.K., Miller has become highly recognizable on his home turf. He went on to land a recurring role in the popular Showtime TV series Dexter and can also be seen alongside Johnny Depp and Michelle Pfeiffer in Tim Burton's Dark Shadows (2012).

Also in 2012, he began work on the Emmy-nominated crime drama series Elementary with Lucy Liu. He plays Sherlock Holmes and as of 2017, has appeared in 110 episodes.

His latest film credit is T2 Trainspotting (2017) with Ewan McGregor.

In 1996, he married his Hackers costar Angelina Jolie. After meeting her, he noted "I couldn't let her get away!" Unfortunately in 1999, the marriage broke up.

Miller formed a production company called Natural Nylon with Ewan McGregor and Jude Law. He continues to make his home in London.