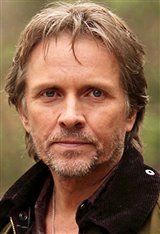 Born in Miramichi, New Brunswick, John Ralston earned a Bachelor of Education degree in Literature and Anthropology from the University of New Brunswick. He first worked at a teacher before deciding to study jazz music at St. Francis Xavier University in Antigonish, Nova Scotia. It was there that he became enamored of the theater, playing roles in school productions of the musical Godspell and the Shakespearean tragedy, Othello.

He soon turned professional and began acting in stage productions at a variety of theaters across Canada.

In 1997, he began landing roles on TV in series such as the Toronto-filmed PSI Factor: Chronicles of the Paranormal and La Femme Nikita. In 1999 he was cast in a regular starring role as Jack Berg on the CTV series The City, which lasted two seasons.

Young viewers will know him best for his role as loving dad George Venturi on the Disney Channel/Family Channel series Life with Derek (2005 to 2009) and as less loving dad Miles Hollingsworth II on Degrassi: The Next Generation from 2013 to 2015 and Degrassi: Next Class from 2016 to 2017.

He has also appeared in a number of Canadian films, including Two Lovers and a Bear (2016) and Mary Goes Round (2018).

John is married to actress Karen Waddell. They make their home in Toronto with their two children.