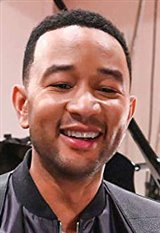 John Legend is a Golden Globe and Oscar-winning singer and songwriter whose debut album Get Lifted (2004) sold over three million copies worldwide, winning him his first of nine Grammy Awards for Best R&B Album in 2006.

John was born John Roger Stephens in Springfield, Ohio to Phyllis Elaine, a seamstress, and Ronald Lamar Stephens, a factory worker. He is one of four children. Home-schooled for some of his early childhood, John showed a natural talent for the piano after a few lessons with his grandmother. Along with his prodigious piano-playing skills, his singing abilities shone through when he began performing with his church choir at just four years old.

John eventually attended North High School, where his stellar grades earned him admission to Harvard University and scholarships to Georgetown University and Morehouse College. John instead chose to study English at the University of Pennsylvania. There he emerged as a star student and served as president and musical director of a co-ed a capella group called Counterparts.

After graduating in 1999, he briefly worked for a management consulting firm while at the same time performing in various night clubs in New York City. He also began producing and writing his own music, which marked him as one of the most in-demand session musicians at the time. Working with artists like Alicia Keys and Janet Jackson, John was soon introduced to an up-and-coming rapper named Kanye West.

After signing with West's label GOOD Music, John changed his stage name from "Stephens" to "Legend." He was reportedly motivated to change his moniker after poet J. Ivy began calling him "John Legend," because he sounded so much like the "old school legends." In December 2004, John Legend released his debut album, Get Lifted. Produced by West, Dave Tozer, will.i.am, and John himself, the album debuted at No. 7 on the Billboard charts, largely thanks to its Grammy-winning hit single "Ordinary People." For his work, John also won the Grammy for Best New Artist and Best R&B Album.

After a couple of years collaborating with artists like the Black Eyed Peas, Fergie, Jay Z, Mary J. Blige and more, John released his sophomore album Once Again in October 2006. It charted even higher than Get Lifted, debuting at No. 3 on the Billboard 200 and at the top of the R&B/Hip-Hop Albums chart. For his single "Heaven," John repeated the success of "Ordinary People" and was awarded the Grammy for Best Male R&B Vocal Performance. He also won the Best R&B Performance by a Duo or Group with Vocals for his collaboration with Sly & The Family Stone, Joss Stone, and Van Hunt on a cover of "Family Affair."

While John's favorite place to perform is in the recording studio and on stage, he has also tried his hand in front of the camera. In 2008, he earned a supporting role in the musical comedy film Soul Men (2008) alongside Samuel L. Jackson and Bernie Mac. He also sang in the documentary film The People Speak (2009), in which actors and singers perform the letters, diaries, and speeches of everyday Americans.

Following his third album Evolver in 2008, which produced the Grammy-winning song "Green Light," John released a collaborative album with The Roots called Wake Up!. The album earned John an additional three Grammy Awards in 2011 — Best R&B Album, Best Traditional R&B Vocal Performance for his and The Roots' song "Hang On in There," as well as Best R&B Song for his solo single "Shine."

The next year, John received an Honorary Doctorate Degree from Howard University, and landed a spot as a judge alongside Kelly Clarkson, Jennifer Nettles, and Robin Thicke on the short-lived ABC reality competition series Duets.

John's fourth studio album, Love in the Future, debuted at No. 4 in September 2013. While it wasn't the singer's most successful outing, it did earn him a Grammy nomination for Best R&B Album, and spawned the wedding song of the decade — "All of Me."

The third single on the album, "All of Me" rocketed to the top of the Billboard charts, becoming John's very first No. 1 song. It went on to sell over 12 million copies around the world, becoming the third best-selling song of 2014. John told the UK's Independent that he was inspired to write the piano ballad by an email he received from a manager. "She said I should write a song with a similar message as Billy Joel's 'She’s Always a Woman.' She knew my relationship with my then-future wife [Chrissy Teigen], so she thought I should write a song like that to [her]."

Also in 2014, John and rapper Common wrote the song "Glory" for the Martin Luther King Jr. biopic and critical darling Selma (2014). The song would go on to win a Golden Globe and an Academy Award for Best Original Song. The duo would perform the inspiring ballad to a standing ovation at the 87th annual Academy Awards in February 2015.

Following his massive success in 2014 and 2015, the talented singer released his fifth studio album, Darkness and Light, in December 2016. The album features guest appearances by such musical acts as Chance the Rapper, Brittany Howard, and Miguel.

John also made his first film appearance in nearly 10 years with a supporting role in the critically acclaimed musical La La Land (2016), alongside Emma Stone and Ryan Gosling. That same year, he earned an executive producer credit on the biopic based on Barack Obama's early years in law school and his first meeting with wife Michelle, Southside With You (2016).

John married model Chrissy Teigen in September 2013 after six years of dating. On April 14, 2016, the couple had a daughter named Luna Simone Stephens.