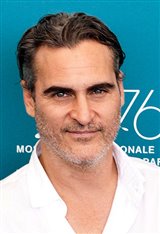 Joaquin Phoenix was born in Puerto Rico as the middle child of parents who gave their children anything but a traditional upbringing. His parents joined a cult-like sect of soul searchers known as Children of God and moved around in South America and the Caribbean islands acting as missionaries before finally settling back in Los Angeles where they determined their children's future was in the movies.

Joaquin's older brother River was the most successful of the Phoenix clan until his death in 1993 from a drug overdose (Joaquin made the 911 call)—and until Joaquin (once known as "Leaf")—broke big in the movie To Die For playing Nicole Kidman's teenaged lover and assassin. About that role, he once said, "I'll never live down my character in To Die For (1995). See, the problem is, if early in your career you come out with a really well-defined character that kind of establishes you, you become known for that."

Nonetheless, in 2000 his role in Gladiator did just that. As the corrupt ruler Commodus, he was nominated for both an Oscar and a Golden Globe. Joaquin worked non-stop for the next few years, with acclaimed performances in Signs (2002) as Mel Gibson's younger brother, Buffalo Soldiers (2003) and in The Village (2004), playing a painfully shy but courageous young man. He also provided the voice of Kenai, a boy who doesn't respect animal life until he becomes one in Brother Bear (2003).

In 2006, Joaquin received an Academy Award nomination and won a Golden Globe award for his portrayal of country singing legend Johnny Cash in the critically acclaimed biopic, Walk the Line (2005). Some of his more recent roles include the crime thriller We Own the Night (2007) and the romantic drama Two Lovers (2008). In 2013, he received his third Academy Award nomination for his work in the drama The Master (2012). Since then, he has starred in movies such as Inherent Vice (2014), Irrational Man (2015), You Were Never Really Here (2018), and the Gus Van Sant film, Don't Worry, He Won't Get Far on Foot (2018).

Joaquin returned to theaters in the western The Sisters Brothers (2018) alongside John C. Reilly. However, it was his performance the next year in Joker (2019), a stand-alone DC movie based on the popular villain, that earned him enormous acclaim. For his outstanding performance, he won not only his first Academy Award, but a Golden Globe and a BAFTA in the lead actor category at each awards show.

Although he gets a lot of questions about the scar on his lip, he claims it was just something he was born with. A strict vegan, Joaquin doesn't eat meat, dairy or eggs and refuses to wear clothing made of animal products, including for his movie roles. During his acceptance speech at the 2020 Academy Awards he spoke about what a travesty it is that we take calves away from their mothers so we can use the milk meant for them in our coffee.

Joaquin has been dating actress Rooney Mara, with whom he has co-starred in two movies, since 2016. His sisters Rain and Summer are also successful actors.