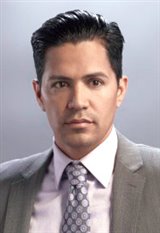 Born and raised in Montebello, California, Jay Hernandez's family includes two older brothers and a sister. Hernandez started his career in 1998 on the television series Hang Time, playing Antonio Lopez. After working on the show for two years, he landed another role on an MTV series, Undressed.

By the new millennium, he started landing parts in feature films. His debut was a co-starring role in the drama, Living the Life (2000). The following year he found himself on the sets of two big budget films, playing a minor role in Joy Ride, followed by a starring role in crazy/beautiful opposite Kirsten Dunst. He played a supporting role in the hit film The Rookie (2002), starring Dennis Quaid, then played alongside Ice Cube in Torque (2004) and John Travolta in Ladder 49 (2004).

His next film projects included the comedy Nothing Like the Holidays (2008) starring Alfred Molina and John Leguizamo, as well as the action film Takers (2010) alongside Paul Walker and Hayden Christensen. Then, he was given the role of Chato Santana alias El Diablo on the set of the feature film Suicide Squad (2016), which included the colorful presence of Will Smith, Jared Leto and Margot Robbie.

On television, Jay was hired for six episodes of the ABC TV series Nashville in 2013 in the role of Dante Rivas, then played Daniel Acosta in 2014 on the Fox action series Gang Related.

In 2017, he joined Kerry Washington for the the seventh season of ABC's award-winning drama series Scandal. Also in 2017, he played Jessie in the madcap movie, A Bad Moms Christmas, starring Mila Kunis, Kristen Bell and Kathryn Hahn. On Netflix, he played Rodriguez opposite Will Smith as Daryl Ward in the action movie Bright (2017).

Jay had the biggest break of his career when he was cast in the title role of Thomas Magnum on the action series reboot Magnum P.I., which debuted on CBS in 2018. The show is a revival of the 1980s series that headlined Tom Selleck.

In his spare time, Jay enjoys sports and reading.