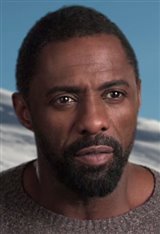 Idris Elba was born in London, England, the only child of a Ghanian mother and a Sierra Leonean father. He was interested in the entertainment industry at an early age, helping his uncle with his wedding deejay business at age 14. Within a year he had started his own deejay company with friends and was working in nightclubs by age 19. To this day, he is still in the business, deejaying under the name "Big Driis the Londoner."

Idris began acting in high school with the support of his drama teacher, whom he had a crush on, and began auditioning for professional roles years later. His first job was in the television show 2point4 Children in 1994, which was followed by countless television credits including Absolutely Fabulous, Law & Order, Soul Food, and CSI: Miami.

In April of 2004, Idris was featured on the cover of Essence Magazine's "Hot Hollywood Men" issue, and appeared again in its November 2005 "10 Hottest Men on the Planet" issue.

In 2019, he played the role of the villain Brixton in Fast & Furious Presents: Hobbs & Shaw (2019) alongside Dwayne Johnson and Jason Statham.

Idris is also a music producer, having recorded the four-song EP "Big Man" in 2006 for Hevlar Records, and co-producing and performing on the introduction to Jay-Z's 2007 album "American Gangster." He was married to Dormowa Sherman, a Liberian actress, writer, and dancer, from 1997 to 2001, and the pair have a child named Isan. Elba lives in a house in Atlanta near his ex-wife and daughter.