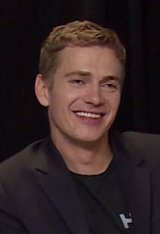 Born in Vancouver, BC, Hayden Christensen moved with his family to the Toronto area when he was small. His entry into showbiz came through his older sister, Hesja. A Junior Trampoline World Champion, she was chosen to appear in a commercial for Pringles. She enjoyed the experience so much that she decided to get an agent. Hayden, 12 at the time, went along for the ride and was signed on the spot.

He quickly landed a role in the Canadian soap opera, Family Passions. The following year, he made his feature film debut with a small role in In the Mouth of Madness (1994), directed by John Carpenter. He continued to work steadily, both in TV movies and with guest appearances on established TV series such as Forever Knight, Goosebumps, Are You Afraid of the Dark and The Famous Jett Jackson before returning to film with a supporting role in Sofia Coppola's The Virgin Suicides (1999), opposite Kirsten Dunst and Josh Hartnett.

From there, he went on to co-star in the Vancouver-based Fox Family television series Higher Ground, about troubled teens in a wilderness high school. The show gave him a high enough profile that he was able to land a manager who would change his career. A tape of him was sent to George Lucas' people, who were in search of the next Anakin Skywalker.

After his screen test, all Christensen could do was wait. Finally, he got the call from his manager with the news that he got the part for Star Wars episodes two and three. "I walked outside just stunned and in disbelief. I called my mom first thing, and my roommate started blaring the Star Wars soundtrack in the background. I didn't want to tell my mom right off, but of course she heard the music and started flipping out."

In between working on Star Wars, Christensen has taken time to star in smaller budget movies such as Life as a House (2001) and Shattered Glass (2003). In 2002, he and his brother Tove formed a team that competed for Canada in the Eco-Challenge competition in Fiji. Later that year, Hayden made his London theater debut co-starring with Jake Gyllenhaal in This Is Our Youth.

Since the Star Wars movies, he's been busy, filming lead roles in movies such as Factory Girl (2007) opposite Sienna Miller and Jumper with Samuel L. Jackson.

In his spare time, he enjoys playing piano, tennis, hockey and collecting toy frogs. Hayden and actress Rachel Bilson became engaged in February 2009, but by August 2010, the relationship had ended.