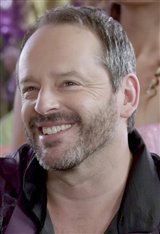 Gil Bellows was born in Vancouver, British Columbia. After graduating from Magee Seconday School, he studied acting at the American Academy of Dramatic Arts in Los Angeles.

Gil made his motion picture debut in the critically acclaimed The Shawshank Redemption in 1994, playing the role of Tommy, the ill-fated young man who tries to help Tim Robbins' character prove his innocence. The same year he was the lead in Love and a .45, co-starring alongside Renée Zellweger. Television roles include Billy Thomas in Ally McBeal and CIA agent Matt Callan in the first season of The Agency.

In 2010 Gil co-starred with Steve Austin and Eric Roberts in the action film Hunt to Kill. The following year he starred in The Year Dolly Parton Was My Mom, alongside Julia Roberts. Other high profile roles include Weaver in the feature film House at the End of the Street (2012) with Jennifer Lawrence, and David Powers in the ensemble piece Parkland (2013), about the Kennedy assassination. His latest work is the horror drama Blood Honey (2017).

Gil met his wife Rya Kihlstedtin in 1991 when they were both appearing at the Williamstown Theatre Festival. They married in 1994 and have two children. He is a member of the Act One Repertory Company of the prestigious Williamstown Theater Festival in Massachusetts.

Gil made his feature film directorial debut with 3 Days in Havana (2013), which he also starred in and produced.