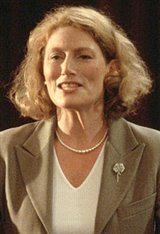 British actress Geraldine James was born in Maidenhead, Berkshire to a father who was a cardiologist. At 14, following her parents' divorce, she lived with her mother until she went to live at boarding school. Geraldine felt lonely at school and turned to the theater. She was cast as the Artful Dodger in her school’s performance of Oliver! When she heard the audience’s delighted response, she knew she had found her calling.

Geraldine attended school at the Drama Centre in Chalk Farm, which counts among its alumni such A-List actors as Tom Hardy, Pierce Brosnan, Michael Fassbender and Colin Firth. After her graduation in 1973, Geraldine began her career in repertory theater. In the London and Broadway productions of Shakespeare’s The Merchant of Venice, James played opposite Dustin Hoffman.

Her first breakthrough role came in 1977 on the TV drama-documentary Dummy, in which she played a deaf girl from Bradford who is imprisoned on a manslaughter charge. She earned a BAFTA nomination for her performance. Her role as Sarah Layton in the British drama The Jewel in the Crown in 1985 earned her yet another Bafta nomination.

Geraldine's career spans over 40 years and includes film as well as television and theater. She played alongside Ben Kingsley in Ghandi (1982) as Mirabehn and in such other notable films as Sherlock Holmes (2009), Alice in Wonderland (2010) and Rogue One: A Star Wars Story (2016). She’s earned several award nominations, including a Tony Award and Venice Film Festival nomination.

She recently starred in the Anne of Green Gables Netflix series, titled Anne with an E, as Anne’s adopted mother, Marilla Cuthbert.

Geraldine and her husband have one daughter, Eleanor, together. She has expressed regret in sacrificing a bigger family for her career and admitted she had always wanted four children but her work simply got in the way. She is now a grandmother and says her daughter Eleanor is her best friend.

Geraldine returned to the silver screen in the psychological thriller Beast (2018), which was released in June 2018. She also plays Queen Mary in the big screen sequel, Downton Abbey (2019).