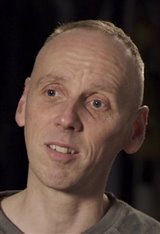 Bremner, who had originated the role in Edinburgh's Traverse Theatre production of Irvine Welsh's novel, managed to stand out in a film saturated with stand-out performances, earning particular screen immortality for a hilarious scene centering on his character's speed-fueled job interview. A native of Portobello, an area located only a couple of miles from Leith, where Trainspotting is set, Bremner worked widely in theatre, television, and film for years before being cast in Trainspotting.

He popped up in small roles in films ranging from Mike Leigh's Naked (1993) to Judge Dredd (1995), and, following Trainspotting's success, he appeared in more substantial roles in a number of similarly gritty British films. Unfortunately, most of these films were an inadequate match for Bremner's talents: The Life of Stuff was hailed as 1997's Great British Film Disaster, while both Mojo (1997) and The Acid House (1998) earned some favorable reviews but were largely shunned by audiences.

In 1999, Bremner appeared in his most publicized film since Trainspotting, Harmony Korine's Julien Donkey-Boy. Filmed strictly in accordance with the ultra-realist tenants of Lars Von Trier's Dogma 95 movement, it starred Bremner as its eponymous hero, a schizophrenic man living with his dysfunctional family. The actor earned wide acclaim for his portrayal, which required him to assume an American accent (something he acquired through dialogue coaches and copious Sesame Street viewings).

Emerging from this critical embrace, Bremner found himself back at the top of the Britpack, something reflected by his casting in Guy Ritchie's Snatch (2000), the much-anticipated follow-up to the director's 1998 smash hit, Lock, Stock and Two Smoking Barrels. In 2000, he was also be seen in John Duigan's Paranoid, a thriller about a young woman who finds herself stranded at a mysterious lodge after her car breaks down. He made the move to U.S. blockbusters with roles in Pearl Harbor (2001) and Black Hawk Down (2002).