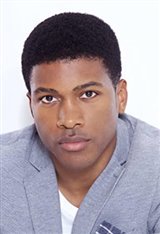 Eli Goree is a Canadian actor born in Halifax, Nova Scotia. He is best known for his role as David Albritton in the movie Race (2016), and his numerous roles on television, including recurring and regular roles on shows such as The 100 and Riverdale.

Eli began his acting career at a young age. By the time he was six, he appeared on Sesame Park, the Canadian version of Sesame Street.

In 2006, he was the host on the final season of Street Cents, a Canadian television series focused on consumer and media awareness for youth.

After hosting Street Cents, Eli decided to keep pursuing acting, landing the role of Malik in the second season of Da Kink in My Hair (2009), a Candian sit-com.

Eli's career started to pick up in 2014 thanks to his portrayal of Wells Jaha on six episodes of the first season of CW's popular series, The 100 (2014).

In 2016, Eli played Olympic athlete David Albritton in the movie Race. His performance earned a Leo Award for Best Supporting Performance by a Male in a Motion Picture.

Eli has built his career mostly on television as a guest actor, but in recent years, he has taken on recurring roles on popular shows such as Riverdale and Ballers.

Recently, he played Cassius Clay a.k.a Muhammed Ali in the Netflix original movie One Night in Miami (2020). ~Sean Olegario