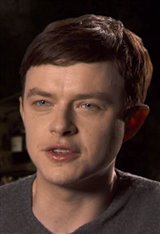 Dane DeHaan was born in Allentown, Pennsylvania to computer programmer Jeff DeHaan and Knoll Furniture executive Cynthia Boscia. He had an urge to act from an early age, which prompted him to look for local opportunities aged just five. He subsequently made his stage debut in a production of Aesop’s Fables, and played Tiny Tim in a production of A Christmas Carol a year after that. He had already garnered a wealth of acting experience when he got to middle school, where he would continue to participate in community theater productions.

He attended Emmaus High School, where he was vice president of his theater class, and starred in all of their productions. His parents offered him the chance to get an agent and start an acting career as a child, but Dane opted to go to college to learn his craft. He attended the University of North Carolina School of the Arts, where he completed his senior year of high school and his four-year undergraduate degree. It was there he met Anna Wood, and they started dating in 2006. Two years later, he graduated UNCSA, and moved to New York to further pursue acting. He made his Broadway debut that year with American Buffalo, and had a guest appearance on Law & Order: Special Victims Unit. He won an Obie Award for his Off-Broadway turn in The Aliens, starred in his first film John Sayles’ Amigo opposite Chris Cooper, and landed a recurring role as Jesse D’Amato in HBO’s critically acclaimed drama In Treatment, starring Gabriel Byrne.

He starred in Josh Trank’s supernatural found-footage film Chronicle, in which he co-starred with Michael B. Jordan and Alex Russell. It was released to positive reviews and overwhelming box-office success, and initiated a year of strong releases. It was followed by Lawless, John Hillcoat’s prohibition-era drama that stars Dane alongside Tom Hardy, Jessica Chastain, Guy Pearce and Gary Oldman. He capped the year with Derek Cianfrance’s The Place Beyond the Pines (2012), also starring Eva Mendes, Rose Byrne, Ryan Gosling and Bradley Cooper. These films established his niche of playing troubled, misguided young men.

He continued in this vein in 2013 with three films that played at the Toronto International Film Festival. He played Lucien Caar in Kill Your Darlings (2013), a film following the poets of the 1940’s Beat Generation. He also starred in Atom Egoyan’s West Memphis Three drama Devil’s Knot (2014), opposite Colin Firth and Reese Witherspoon, the experimental concert film Metallica Through the Never (2013) and The Amazing Spider-Man 2 (2014) alongside Andrew Garfield.

The following year Dane starred in the drama Knight of Cups, and the biopic Life (2015), playing James Dean opposite Robert Pattinson.

Dane's other films include the romantic drama Two Lovers and a Bear (2016), the period drama Tulip Fever (2017) alongside Alicia Vikander and Christoph Waltz, Gore Verbinski's mystery thriller A Cure for Wellness (2017), the animated feature Ballerina (2017), and Luc Besson's sci-fi adventure flick Valerian and the City of a Thousand Planets (2017) with Cara Delevingne. Most recently, Dane starred in The Kid (2019) with Chris Pratt and Lisey's Story (2021) alongside Julianne Moore and Clive Owen.