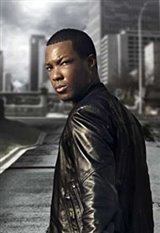 Corey Hawkins was born in Washington, D.C. and is an accomplished actor in theatre, television and film. He attended high school at the Duke Ellington School of the Arts before enrolling at Julliard, where he graduated with the prestigious John Houseman Prize for excellence in classical theatre. After graduation, Corey began working Off-Broadway. Soon after, he earned supporting roles in Iron Man 3 (2013) with Robert Downey Jr. and Non-Stop (2014) starring Liam Neeson and Julianne Moore.

Between 2015 and 2016, Corey starred in the TV series The Walking Dead as Heath. During that time, he also starred as Dr. Dre in the biopic Straight Outta Compton (2015). After gaining recognition for his performance, Corey went on to star in Kong: Skull Island (2017) and on Fox TV's 24 reboot 24: Legacy (2017), in the leading role.

By 2018, Corey's career was in full swing. He played a lead role in Spike Lee's Oscar-winning film BlacKkKlansman (2018) alongside John David Washington, Adam Driver, and Alec Baldwin. He followed that up with appearances in 6 Underground (2019) and in the television series Survive (2020), for which he was nominated for a Primetime Emmy Award.

In 2021, Corey played Benny in In the Heights (2021), a film adaptation of the Broadway musical alongside Anthony Ramos, Lin-Manuel Miranda, Leslie Grace, and Melissa Barrera.