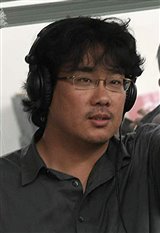 The son of Bong Sang-gyun, a graphic designer, and grandson of notable author Park Taewon, Joon Ho grew up in a very intellectual environment. The youngest of three children, his brother, Joon-soo, is an English literature professor at Seoul National University, while his sister, Jee-hee, is a fashion designer.

During his middle school years, Bong set his sights on becoming a filmmaker; however, due to disagreements with his parents he instead majored in sociology at Yonsei University in the late 1980s. However, he became a member of the University’s film club, where he became a fan of filmmakers Edward Yang, Hou Hsiao-hsien and Shohei Imamura.

Bong would eventually attend and complete a two-year program at the Korean Academy of Film Arts, where he began his career in earnest with multiple 16mm short films. His two graduation films, Memories Within a Frame and Incoherence, were a taste of what was to come in his career as he was invited to screen them at the Vancouver and Hong Kong International Film Festivals.

Following graduation, Bong plied his trade in various capacities until he was able to direct his first feature film, Barking Dogs Never Bite, in 2000. Although it released to little fanfare, the film was positively reviewed and invited to compete in Spain’s San Sebastian International Film Festival. It would also go on to win awards at Slam Dance and Hong Kong.

Three years later Bong would make further waves with his sophomore film, Memories of Murder (2003), an adaptation of a popular stage play that centered on a real-life serial killer who terrorized a rural town and was never caught. The film proved to be a hit, saving producer Cha Seung-jae’s production company Sidius from bankruptcy while racking up honors at Korea’s Grand Bell Awards, where it won Best Picture, Best Director, Best Actor and Best Lighting. Internationally Bong would return to San Sebastian picking up several awards for the film including Best Director.

His third film, The Host, would be his most successful film commercially to date and further established his international fame in 2006. The film quickly became a smash hit in South Korea, securing the nation’s widest release to date and setting new box office records in the nation. Attention was picked up in the U.S., where Universal Pictures secured rights to a remake.

Bong would scale things back with his fourth feature film, Mother. The film centered on a mother searching for a killer who framed her son for the brutal murder of a young girl. Mother premiered at Cannes in 2009 to critical acclaim, with the film winding up on Best of Lists for 2010 when it received a wider release.

In 2013, Bong’s presence would be firmly established in North America with the release of his fifth feature film, Snowpiercer. His first English language film, Snowpiercer was an adaptation of the French graphic novel Le Transperceneige by Jean-Marc Rochette and Jacques Lob. The film became South Korea’s 10th highest grossing film to date and saw a host of Hollywood star power work with the Korean director, including Chris Evans, Tilda Swinton, John Hurt, Ed Harris and Octavia Spencer.

Bong’s follow-up film, Okja, would be the director’s first crack at the coveted Palme d’Or award at the 2017 Cannes Film Festival. Though the production was met with boos thanks to the involvement of Netflix, the film itself was received positively by audiences and received a four-minute standing ovation during its premiere.

His latest feature, Parasite, has easily been his most high profile to date on the international scene. After coming up short two years’ prior, Bong’s Parasite was awarded the Palme d’Or at the 2019 Cannes Film Festival, becoming the first Korean film to ever do so, and it won with a unanimous vote. Following its strong festival run, Parasite began the awards season with three nominations at the 77th Golden Globe Awards, where it won Best Foreign Language film.

Parasite was also officially selected as South Korea’s entry for Best International Feature Film at the 92nd Academy Awards, where it won not only in that category, but made history by being the first foreign language film to win Best Picture as well, with Bong winning in the Best Director category.