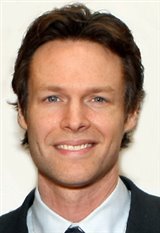 Ash Brannon studied animation at California Institute of the Arts (CalArts). Now a well-known creative force in the world of animation, he began working for Disney as an animator trainee in the late 1980s. One of his first projects was The Little Mermaid (1989). He was a directing animator and story artist on Toy Story (1995) and co-developed and co-directed Toy Story 2 (1999), for which he shared Annie Awards for Outstanding Individual Achievement for Directing in an Animated Feature Production and Outstanding Individual Achievement for Writing in an Animated Feature Production.

More recently, he co-directed the animated feature Surf's Up (2007) with Chris Buck. The movie features penguins competing in a world surfing championship.