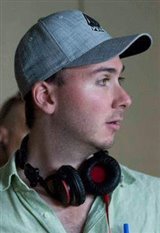 Toronto-born Allan Ungar has several titles to his name, including writer, director, editor and producer.

He attended high school at the Community Hebrew Academy of Toronto (CHAT) and after writing/directing four short films, including Relentless and Mancode, he landed his first feature film gig with Tapped Out.

The 2014 film is about a disgruntled teenager sentenced to community service work at a rundown karate school. Allan wrote and directed the film, which stars fellow Canadian Cody Hackman. Allan and Cody met in 2011 at a party in Los Angeles.

In 2015, Allan again joined forces with Cody for the film Gridlocked, which has been dubbed a buddy cop action thriller. Allan wrote and directed the movie, which had its world premiere at the Fantastic Fest in Austin, Texas. After that showing, it made its Canadian debut at the Toronto After Dark Film Festival in October where it won the audience award for Best Action Film. Gridlocked also stars Danny Glover.

Allan is currently working on his next film, Tenfold, is expected to release in 2017.

An avid fan of action films himself, Allan lists the Die Hard movies and Assault on Precinct 13 as some of his favorites.