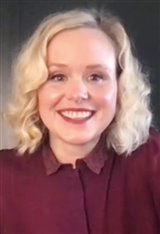 A native of Toronto, Ontario, Alison Pill decided she wanted to be an actor at the age of 10. As a member of the Toronto Children's Chorus, she was chosen to narrate one of their performances. "Through that I got a job doing books on tape for children. So I said, 'Well, now Iâ€™m a professional, getting like 20 bucks a pop,'" she told Tribute Publishing. Her mother tried to discourage Alison by getting her a job as a background performer on the series Kung Fu: The Legend Continues. The tactic failed, as Alison didn't mind the long hours of waiting for the few minutes that she was able to get in front of the camera. "I thought I was incredible as the girl who was pointing out the vase in this museum scene," Pill recalled.

She then got an agent, and the chubby-cheeked little girl found she fit into a wide variety of roles. By the time she was 11, she'd played a guest role on an episode of the kids' series The New Ghostwriter Mysteries. At 12, she landed roles in two TV movies and a mini-series, a guest appearance on the TV series PSI Factor and voiced a character on an animated series. After roles in two more television movies, she landed her first feature film—a small budget Canadian movie called The Life Before This (1999), followed by the role of Jacobâ€™s older sister Marfa in Jacob Two Two Meets the Hooded Fang (1999). Pill played parts in four more TV movies before the age of fourteen.

The next year, she landed a small role in Skipped Parts (2000) starring Drew Barrymore and Mischa Barton, then appeared in four more TV movies and features that year, including playing Farrah Fawcett's daughter in the TNT network movie Babe (2000) and a lead role in the Canadian film The Dinosaur Hunter, which was originally intended to be shown at a dinosaur museum and on a provincial education channel, but which made its way to the Burbank International Children's Film Festival, winning Pill an award for Best Child Actress. She landed the plum role of young Lorna in the ABC-TV biopic Life with Judy Garland: Me and My Shadows (2001), based on the memoir by Garland's daughter, Lorna Luft. That year, Pill also played Sissy Spacek's daughter in the TV flick Midwives (2001).

In 2003, she played Katie Holmes' sister in the indie feature Pieces of April. Pill won the lead in the CTV-TV movie Fast Food High (2003), about a teenager who gets a job at a fast food restaurant and tries to set up a union. She also landed a supporting role in the Toronto-filmed Disney feature Confessions of a Teenage Drama Queen (2004), starring Lindsay Lohan. Pill has also appeared off-Broadway in the play None of the Above.

Because of her busy work schedule, Pill's schooling was done through a program for youngsters in the business. Since graduating from high school, Pill moved to New York to pursue a career in theater, but continued working in movies such as Dan in Real Life (2007), Milk (2008) and Scott Pilgrim vs. the World (2010).