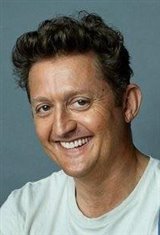 Alex Winter was born in London, England but his family moved to Missouri when he was five. His parents divorced in 1973 and a few years later Alex and his mother moved to New Jersey.

Alex has been acting since childhood. He started his career on Broadway, co-starring in several productions including the role of The King & I and Peter Pan. In 2018, Alex revealed he was sexually abused by an older man while working as a child actor in the 1970s. He was originally afraid to speak out but was inspired by the #MeToo movement.

After his time on Broadway, Alex attended New York University for film production. Upon graduation, he moved to Los Angeles to further pursue film. As an actor, Alex booked multiple prominent roles, including Marko in The Lost Boys (1987). He earned international success in 1989 when he starred as Bill S. Preston, Esq. in Bill & Ted’s Excellent Adventure and later its sequel, Bill & Ted's Bogus Journey (1991). Alex said his work on these films was “therapeutic” and helped him work through the trauma from earlier sexual abuse.

Throughout the '90s, Alex focused on directing, working on several projects. He co-wrote and starred in the MTV sketch comedy series The Idiot Box in 1991 and created the cult favorite feature film Freaked (1993).

Alex focused more on directing for television throughout the early 2000s before returning to film in 2012.

Alex is a major advocate for technology and privacy rights, He has directed several documentaries with that as a focus including Downloaded (2013) about internet file sharing, and Deep Web (2015) about the rise of Bitcoin, the Silk Road and the dark web.

In 2019, Alex released two new documentaries: The Panama Papers and Trust Machine. His newest film, Zappa, about the life of Frank Zappa, is due out in late 2020.

Alex has done very few acting roles since the '90s but returned to the big screen as Bill S. Preston, Esq. in the third installment of the Bill & Ted franchise, Bill & Ted Face the Music (2020) alongside Keanu Reeves.

He is married to second wife, film production manager Ramsey Ann Naito. They have two children together. He also has a son, Leroy, from his first marriage to Sonya Dawson. ~Brie Davis