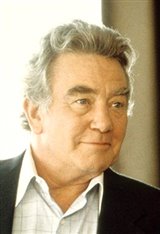 A 1955 graduate of the Royal Academy of Dramatic Arts, Finney began in English theater at a time when young working-class actors were seething with rage at the social structure and the broken promises of the prewar years.

His first role as a hostile, hard-drinking working stiff in the 1960 film Saturday Night and Sunday Morning was the first in a career filled with versatile parts. That is to say, no two Finney performances are exactly alike. Stardom and an Oscar nomination came in 1963 with his role as the lusty protagonist of Tom Jones. He then went in a completely different direction as the cold-blooded murderer of Night Must Fall (1964).

In 1967, he was the wayfaring husband of Audrey Hepburn in Two For the Road, and then further showcased his versatility as the title character in Scrooge (1970) and as the Belgian detective Hercule Poirot in Murder on the Orient Express (1974). Directing as well as starring in Charlie Bubbles (1967), Finney used this tale of a philandering author to convey the emptiness of privileged youth in a flashy, fragmentary style anticipating MTV by nearly two decades (and also providing Liza Minnelli with her screen debut).

In 1998, Finney shared the screen with another veteran of the post-war British cinema, Tom Courtenay, when the two starred in A Very English Marriage. He played Ed Masry, Julia Robert's boss in the movie for which he received yet another Academy Award nomination, Erin Brockovich (2000), then took on a role in another award-winning movie, Traffic (2000). He received a Golden Globe nomination for Big Fish (2003), playing a dying man who tells his amazing life story to his son, who then investigates to see if any of it is true.

Other notable titles include A Good Year (2006) with Russell Crowe and Abbie Cornish, Michael Apted's Amazing Grace (2006), the fourth film in the Bourne franchise The Bourne Legacy (2012) with Jeremy Renner and Rachel Weisz, and the 23rd installment of the James Bond series Skyfall (2012).

Married and divorced twice, Finney, who passed away February 7, 2019 of a chest infection following a battle with kidney cancer, leaves behind a son, Simon, from his first marriage to actress Jane Wenham.